A political maelstrom enmeshes The Public

I remember reading  Shakespeare’s “Julius Caesar” in high school (thank you Monarch notes – it’s ok, my English teacher from 11th grade hath passed). “Friends, Romans, countrymen…lend me your rears.” Classic. Art and politics crossed paths with the current production of The Public Theater’s “Julius Caesar” in the quintessential New York’s Shakespeare in the Park.  A Trumpian Caesar caused a political firestorm with sponsors dropping out yet The Public’s Oskar Eustis remained steadfast in the belief “no one owns the truth yet we all own the culture”. He said some other cool stuff too.  Some of my favorite Shakespeare characters were in attendance – Cassius Clay, Tinnitus, Pubis (there was nudity) and Trombonius. It’s like I almost read it yesterday. In the current political climate, divisive as it is, I much prefer safer topics like religion. 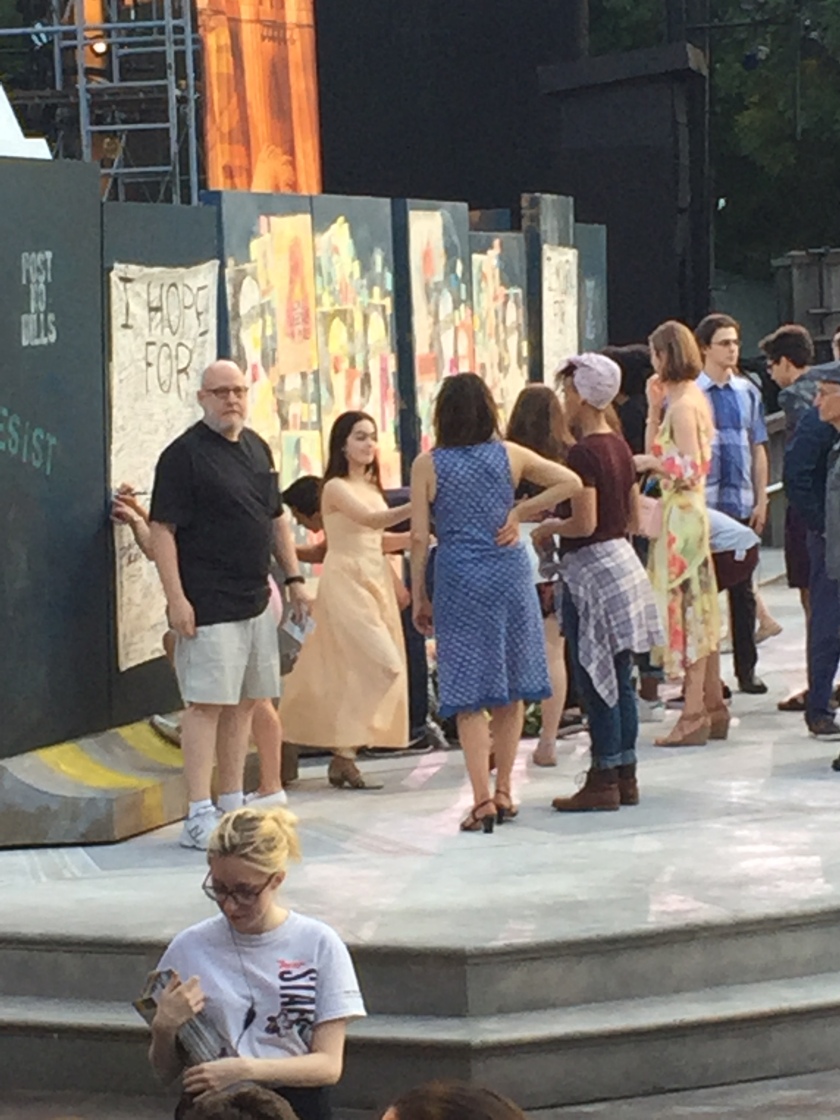 Finally putting those thoughts down that had people scrunching their faces or quietly sneaking away but nonetheless made me laugh. So scrunch, sneak, laugh, enjoy. View all posts by plutvak